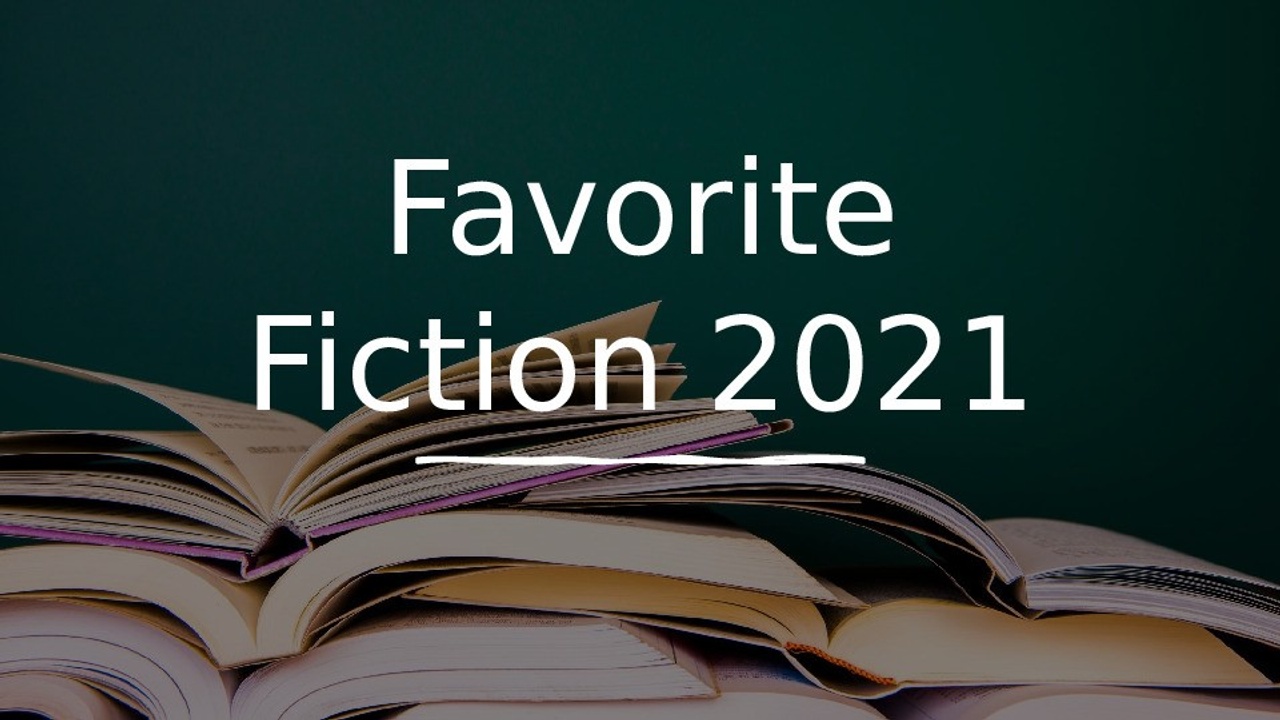 My Favorite Fiction Books of 2021

Reading is one of my passions and each year, I try to take in an average of book a week; some fiction, some non-fiction, and some audio (usually biographies).  Here were my standouts on the fiction side for the year.

I did enjoy reading The President's Daughter by Bill Clinton and James Patterson, their second collaboration together and the better of the two.  Patterson is a prolific producer of thrillers and other forms, and the addition of Clinton adds an element of reality to the story.

Same with the collaboration between Hillary Clinton and Louise Penney, one of my favorite authors of murder mysteries.  They co-authored State of Terror and I felt it was a compelling page turner.

Great Circle, a novel by Maggie Shipstead was a wonderful story about a female pilot in the early 1900s, ala Amelia Earhart, who disappears during a daring circle around the globe over the north and south poles.  At the same time, it is the contemporary story of an actress who will play her in the movie version, while she is trying to make a comeback from some career-limiting moves.  Some of the Amazon reviews are quite critical of this book, but it held my interest from beginning to end, I loved the characters, and I loved the stories!

The Music of Bees, by Eileen Garvin, is a heartwarming story about a motley group of friends that forms organically around a struggling beekeeper. Not only is the story interesting, but I also learned a lot about honeybees.  I have a newfound respect for these industrious creatures and the people who care for them.  Also, I just learned that this was a debut novel and I will look forward to more from Garvin.

Lightening Strike, by William Kent Kruger.  This is part of a series, though I haven't read any other books in the series, and it wasn't necessary. It has been described as both a pre-quel and a sequel, so a good place to start the series. It is part thriller, part coming-of-age story.  The protagonist is Native American - and the town sheriff -- and I loved the insight into the cultural struggles between tribal leaders and the town's elite.  I will be reading more in the series.

Concrete Rose, by Angie Thomas is a follow up to a book I read two years ago called The Hate U Give, which was also made into a movie.  This book takes place seventeen years before the events of The Hate U Give and provides insight into the world of gangs, drugs, family, and survival.  Many of us take so much for granted in the way we live and work and these books helped raise my awareness about the different reality that others face.

The Thursday Murder Club by Richard Osman is a light, fun read about members of a retirement community that get involved in solving a crime, much to the consternation of the local police.  This story is being made into a movie and there is a follow up book that apparently continues the saga of these wise, funny septuagenarians.

As a fan of the Netflix Series Bosch, I decided to read Michael Connelly's series that includes his first female protagonist, Renee Ballard, who sometimes teams up with Bosch.  The books were The Late Show, Dark Sacred Night, and The Night Fire.  As you can tell, I enjoy a good murder mystery if it's not too gruesome or violent.  To me, these books are all page-turners, well-written, though some would say formulaic.

When I look at the books I most enjoyed last year, I realize the common thread is a good story that holds my interest with characters that I care about.  After all, some reading is work-related or for personal development and some is pure escape and enjoyment -- either way, I like to be absorbed.

I don't know about you, but I receive daily emails from Amazon and GoodReads and BookBub and more about what to read next and it's hard to know what to choose.  I have a few friends who are avid readers that keep offering their favorites and just about everything they like, I like too.  I have often enjoyed picks from Oprah and Reese Witherspoon's book clubs too.

I wanted to share some of my favorite fiction with you; recently, I posted and emailed my favorite non-fiction from 2021.  You can find that here.